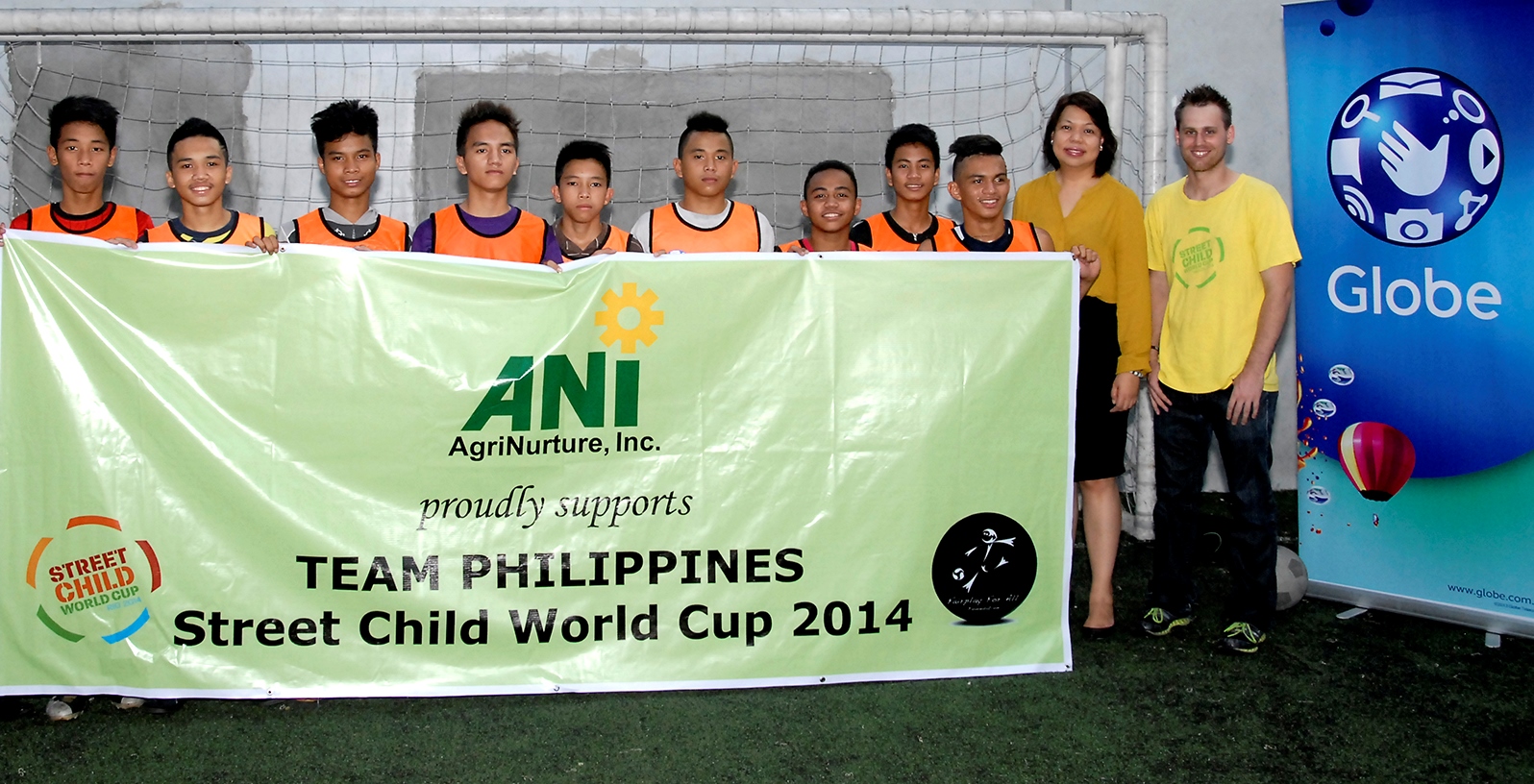 Leading telecommunications company Globe Telecom lends its support to the second Street Child World Cup, a global campaign for street children to receive protection and opportunities that all children deserve. The 10-day tournament takes place in Rio de Janeiro starting March 28 ahead, uniting teams of street children from up to 20 countries.

Through football, the event challenges the negative perception and treatment towards street children to ensure that their voices are heard and their rights are promoted.

Team Philippines is composed of one girls team and one boys team with nine players each. Of the total 18 players, 12 are from communities being supported by Globe Football Para sa Bayan, a year-round football campaign that uses the sport as an intervention tool for disadvantaged youth to stay in school, aspire for higher marks, and be in a position to via for scholarships. Globe also serves as kit sponsor.